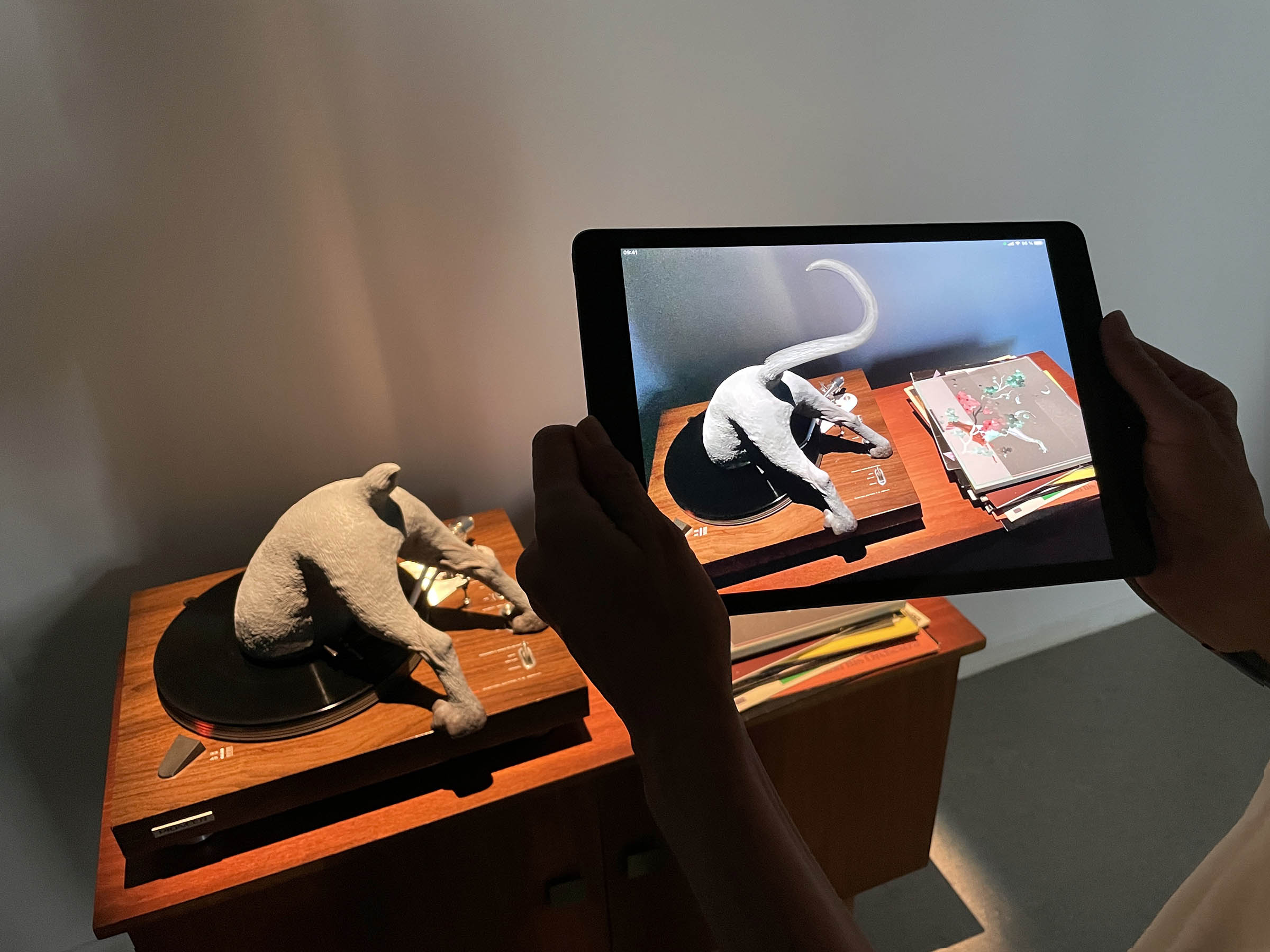 “Ode to a Tail” is a new work by Anri Sala, a performative installation that is an elegy to the extension of perception. Playing around with the notion of absence, of what used to be but ineluctably still exists, a docked dog with an augmented tail immerses itself into a vinyl to become a living chemistry of digital and analog life.

The following performance was shown at the opening on September 16:

“Revolving Songs” – a live performance between two revolving lyric singers – willfully entangles two sets of anthems – “La Marseillaise” and “The Internationale” on one end, “The Star-Spangled Banner” and “Mexicanos, al grito de guerra” on the other. The conjunction of their paired melodies produces an estrangement that is not caused by the intrusion of the known by the unknown, but the subversion of the renown by an equally known tune, transforming their voices into an animated landscape of valleys and peaks.

The project is the third part of the series entitled MUSIC WITHOUT MUSIC presented by Yellow Solo in 2021 and 2022 with the participation of the following artists: Annika Kahrs, Dani Gal, Anri Sala, André Vida, Arnold Dreyblatt, Hassan Khan, Maya Schweizer, Song-Ming Ang, Katarina Sevic, Ari Benjamin Meyers and Olaf Nicolai. We will continuously provide information on the consecutive solos.